Please scroll down for information on how to apply for a grant. 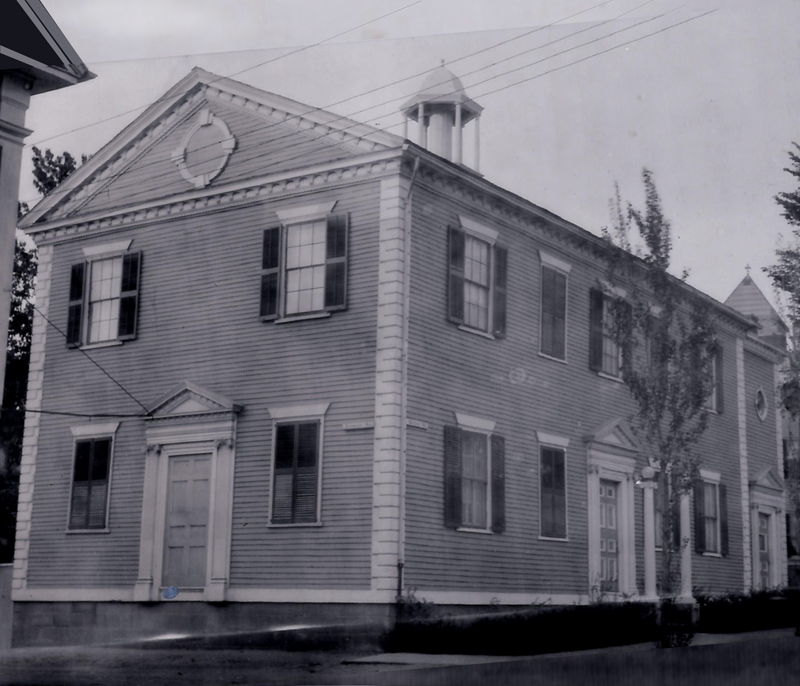 Washington Lodge #3 is one of the finest Federal structures extant in the East Bay, and it has been in continuous use by the Masons since completion in 1799, making it the second oldest lodge in the United States. It is listed on the National Register and its presence in the town is a defining characteristic of Warren.

The Masons of Washington Lodge #3 form a living organization with a growing younger membership who value the history and architectural qualities of their lodge – however, their primary mission is charitable, leaving no funds for restoration of their important building. Due to deferred maintenance and unintentionally destructive actions, such as sandblasting the façade, the building is in need of full exterior conservation, and in some places restoration of lost detail. 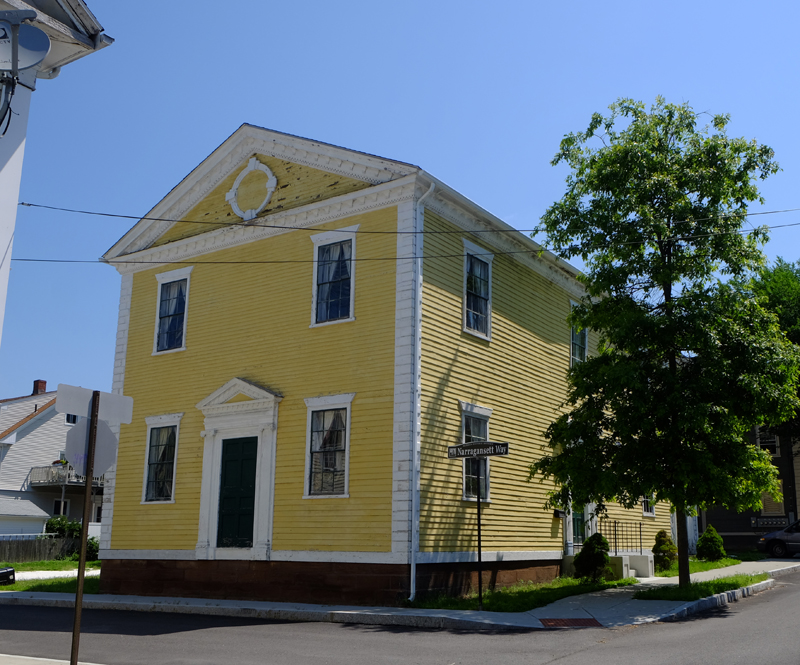 On the 12th of May, 2015, the Warren Heritage Foundation awarded a matching grant to Washington Lodge Number 3, the Masonic Temple, which will allow the Masons to restore all windows on the south facade. We look forward to viewing the fully restored windows, which are on schedule to be completed by fall 2015. 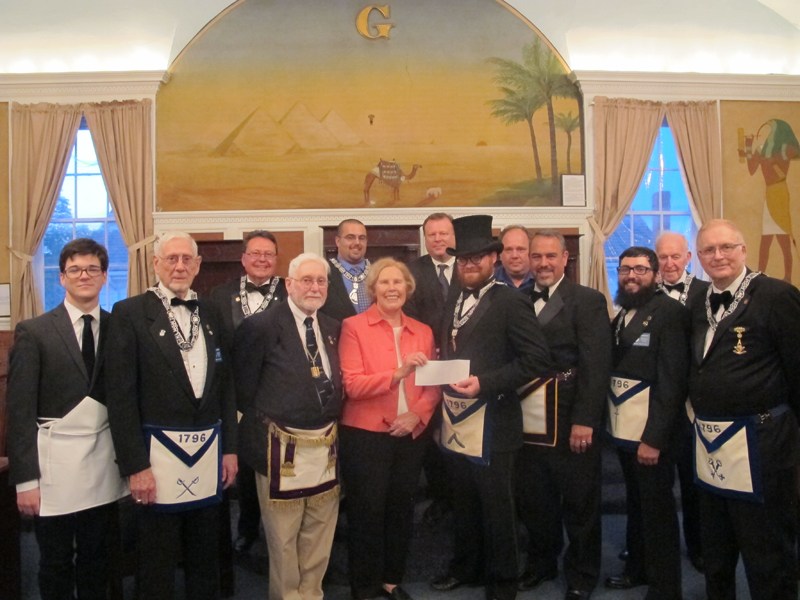 We have partnered with the Masons to source funding for the restoration of other exterior elements, such as the iconic set of three elaborate door surrounds. To donate contact us at [email protected] or use the link to the right; stay tuned to hear about our continued relationship with the Masons. 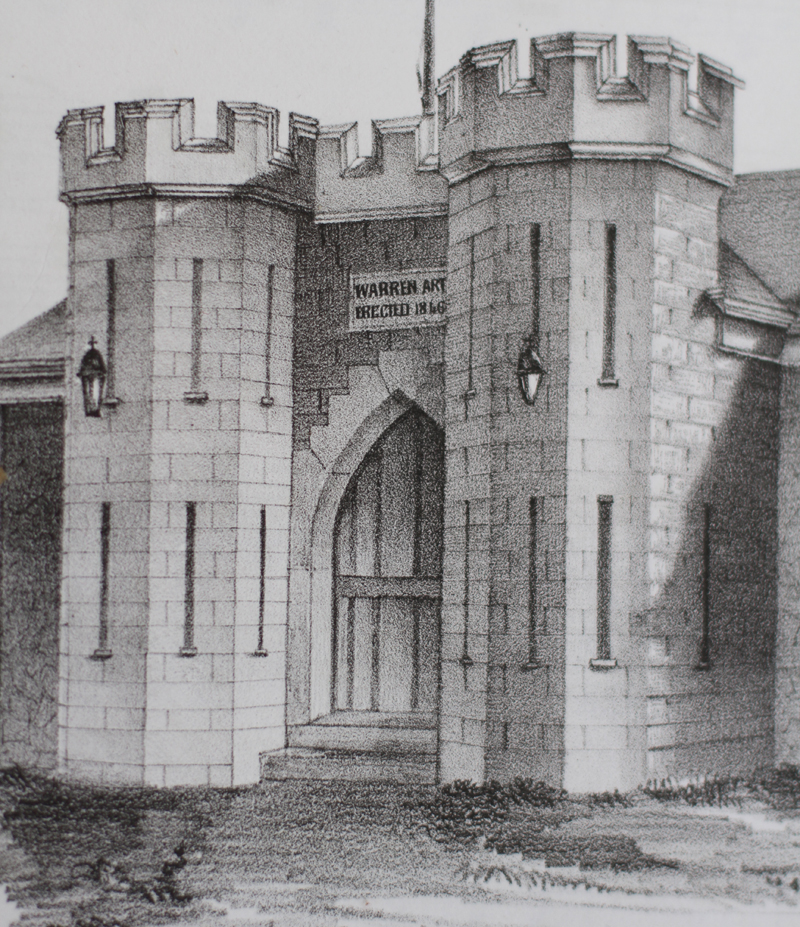 Built in reaction to the Dorr Rebellion in 1842, the Armory housed the Warren Artillery Company, but served at times as the Town Hall, election hall and entertainment theatre during the 19th century.  Warren’s earliest example of Victorian Gothic, the façade features a pair of castellated towers and imposing doors in the form of a gothic arch.

After years of gradual decline, ownership of the Armory was transferred to the town of Warren, who leased it to a nonprofit named Historic Warren Armory in 2008. This organization has undertaken ambitious restoration and conservation on both the exterior and interior of the building, revealing hidden details throughout and reproducing lost elements, such as the iconic arched entry doors. Further, increased use of the space by local groups is a central part of Historic Warren Armory's mission. We are proud to partner with such dedicated stewards. 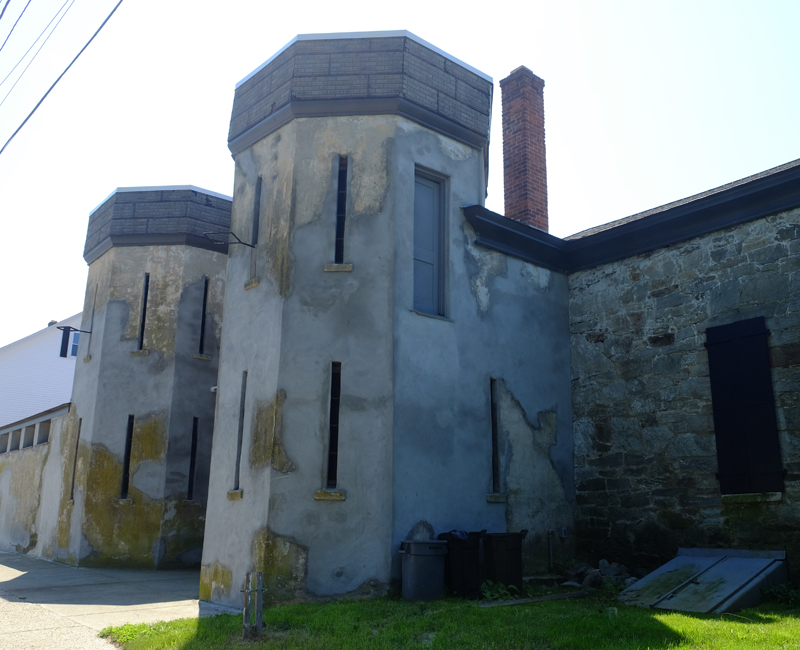 On the 29th of December, 2014, the Warren Heritage Foundation awarded a matching grant to the Warren Armory that will make possible the full restoration of all remaining unrestored windows. We look forward to viewing the fully restored windows, which are on schedule to be completed by summer 2015. 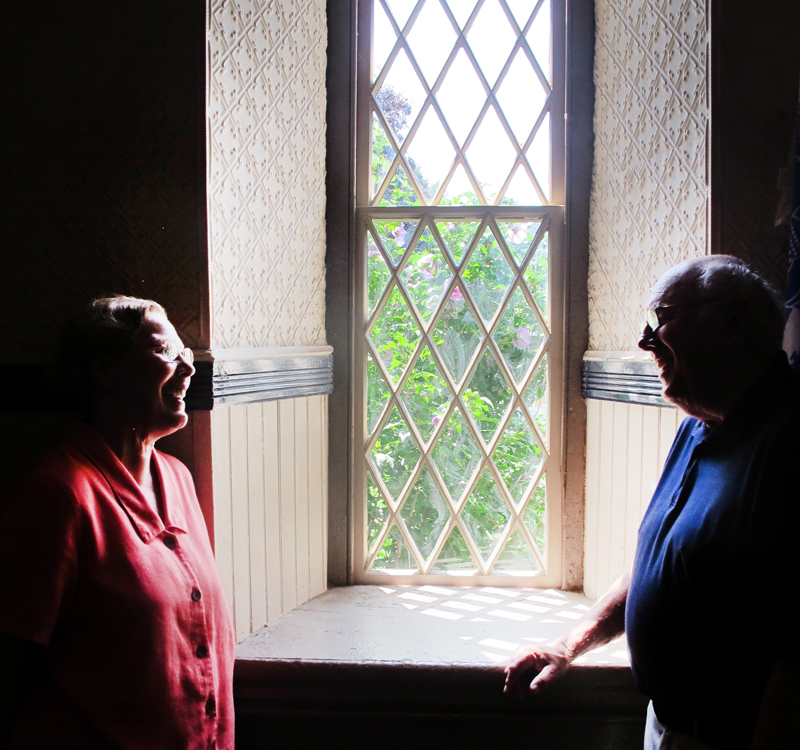 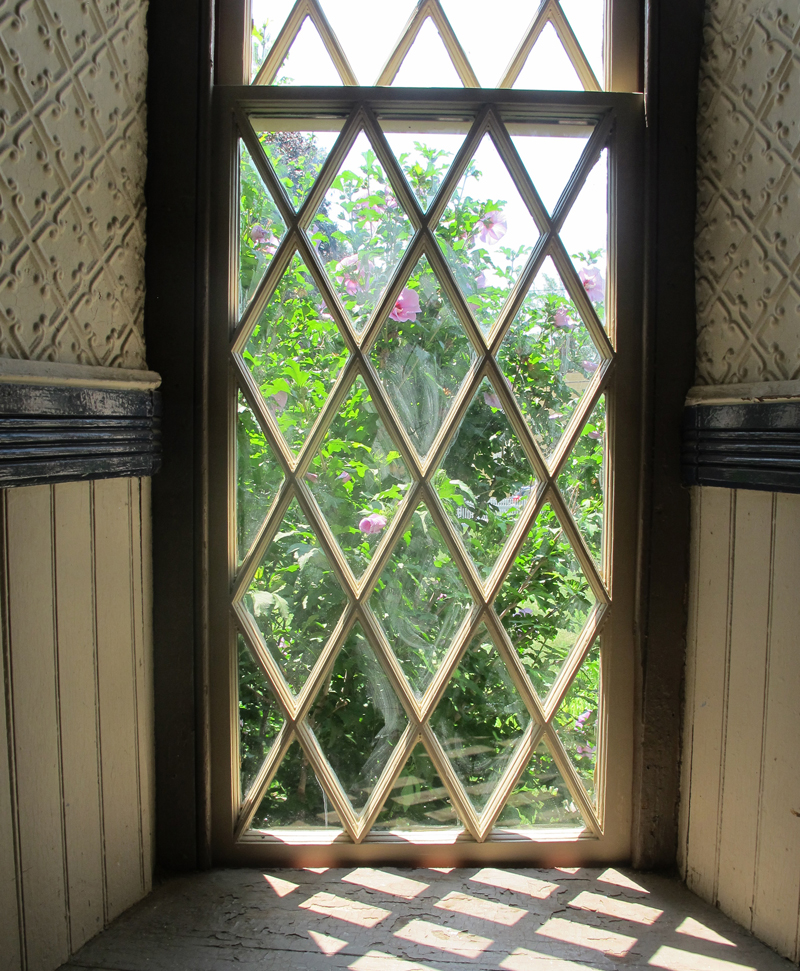 We are excited about our relationship with the Armory, and look forward to future projects together. To donate for the restoration of the Warren Armory, contact [email protected] or use the link to the right; stay tuned to hear about our continued work with the Warren Armory. 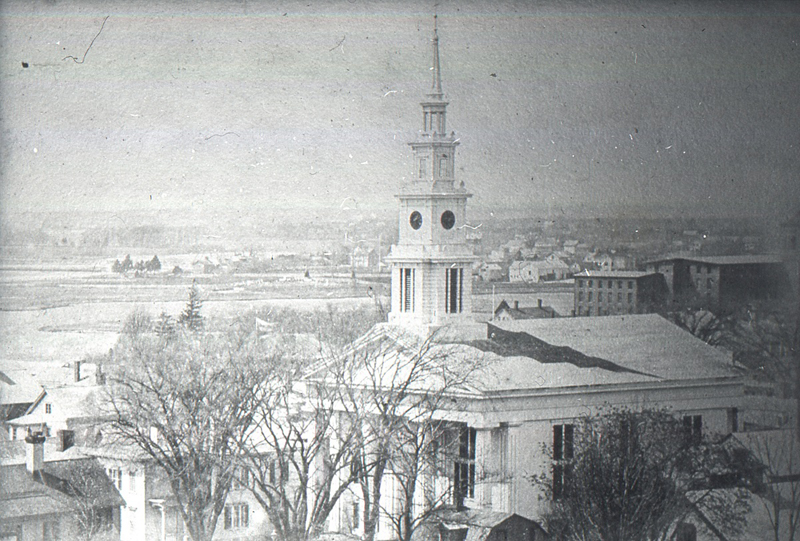 An icon from land and sea since 1845, the steeple of the Methodist Church serves as a navigational aid for all of upper Narragansett Bay. Designed by noted architect Perez Hilton, the building’s construction was funded through wealth generated by the whaling industry. The three-level 130 foot steeple dominates Warren is the town's calling card for miles.

Though the church continues its role as a vital religious and secular meeting place within Warren, falling parish revenues have made costly maintenance of the spire impossible. The height of the steeple is a deterrent to comprehensive conservation. Architectural details have been blown to the ground and there are no longer actroteria at the corners of the steeple. The imposing doors facing the Common have been lost. Water damage to the steeple through broken panes of glass and extensive sill damage imperil the integrity of the entire building. We have built a strong relationship with the parish of the Methodist Church, and recently advised on a project to board up much of the steeple
and secure the building from further water damage. 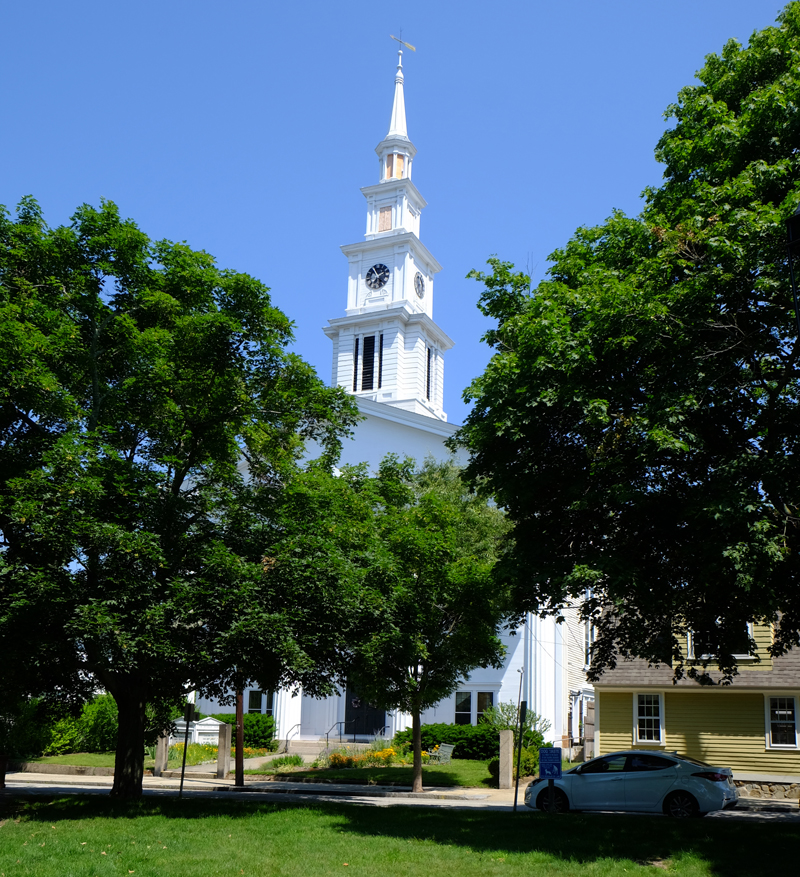 
HOW TO APPLY FOR A GRANT:
The Warren Heritage Foundation considers grants relating to our mission statement on a rolling basis, provided they meet all the following criteria:

1.  Limited to the geographical boundaries of the town of Warren.

4.  The basis for grant review and acceptance shall be the Secretary of Interior Guidelines.

5.  Limited to requests which include matching funds.

To request an official grant application, email us.